The Real Truth about the Paleo Diet 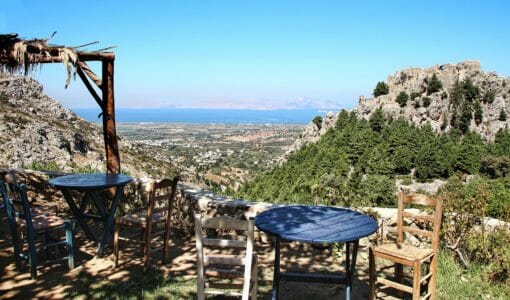 The paleo diet has its fair share of fans and detractors. The diet itself has gained massive popularity over the years and thousands of people swear by it.

They often claim to feel much better and healthier as a result of adopting this diet.

Thousands of people have also lost weight by adopting the paleo diet, which is also known as the ‘caveman’ diet.

The diet basically focuses on eating single ingredient foods such as fish, grass fed meat, goat, poultry, rabbit and a lot of other meats.

You are also encouraged to consume a variety of vegetables from broccolis, carrots, cabbages, etc.

The emphasis is on wholesome, nutritious foods that our early ancestors ate during the paleolithic era.

Grains, refined and processed foods, sugar and other modern foods that the typical American consumes is anathema to the avid paleo dieter.

They are not allowed to consume these foods at all as part of the paleo diet.

The trend in obesity has skyrocketed and it has reached epidemic proportions. Thousands and thousands of Americans are obese and the food industry is to blame.

Paleo dieters have dumped the Standard American Diet, which is known as SAD amongst paleo fans, for a healthier alternative.

The results prove that the paleo diet works. Thousands of testimonials show that people have lost weight using this method.

They report feeling much better ever since they stopped eating grains and process foods such as white bread or products which are marketed as ‘healthy’ by billion dollar food manufacturers.

Going natural has made a world of difference to the paleo dieters.

Now, of course there are people who say that the paleo diet is not healthy because you will not get all the nutrients your body needs. This is not true.

The only time that your body lacks nutrients is if you do not consume a varied diet. By eating a variety of foods, your body will have all the nutrients it needs.

Another point that detractors may throw up is that consuming too much meat and eggs will raise your cholesterol level.

However, studies have shown that dietary cholesterol has minimal impact on your blood cholesterol level.

The real culprit is modern day foods that inflame the body and cause cholesterol to be formed to heal the inflamed cells.

On another tangent, there are folks who say that the paleo diet is uncivilized. This is purely an image issue.

The fact that the diet is modeled after a caveman’s diet and is actually called that, conjures up images of feral men tearing into raw meat in some caves.

This is just a psychological issue. Most paleo dieters just eat more meat and they cook it well, spice it up and in many cases, their food tastes just as good as or even better than a greasy steak you may find at a local diner.

The crux of the matter is that the paleo diet is extremely beneficial to one’s health. The saying, ‘Don’t knock it till you try it’ applies here.

It will do you good to give it a try and you just might find yourself a fan of this remarkable diet.

5 Common Misconceptions about the Paleo Diet

Even though the paleo diet has thousands of followers, seen a surge in popularity and has been around for a few years, there are many misconceptions about this diet.

These misconceptions arise through false information, a bad image of paleo dieting and even marketing attempts by other fad diets to discredit the paleo way.

The paleo diet is also known as the ‘caveman’ diet. This is due to the fact that the diet somewhat resembles the way our early ancestors ate.

This name has caused one of the biggest misconceptions about the paleo diet.

1. It is uncivilized and all about gorging yourself on meat

The paleo diet is about eating nutrient rich food that does not contain harmful substances and agrees with our body.

It is not a re-enactment of how the actual cavemen ate. Paleo dieters do not go out hunting for boars or deer and roast the meat on a flame.

The diet is about eating the correct foods and excluding the bad ones. Grains, sugar, processed foods, etc. are not allowed.

This is due to the fact that these foods are neither natural nor healthy. There are millions of people who have problems with grain based foods.

So, the diet is not only about meat. Vegetables, healthy fats and fruit may be consumed too.

2. Paleo dieting is for fat loss

Fat loss is one of the benefits of a paleo diet but it is not the goal.

Unlike the Atkins diet or other low carb diets, the paleo diet is not overly concerned about weight loss.

The concept of the paleo diet is to consume wholesome, healthy food and stop eating detrimental food.

Once this is achieved, weight loss naturally follows. Obesity is a growing trend around the world and it is reaching epidemic proportions.

That’s because of poor food choices. The paleo diet is a healthy way to eat and live. It is more than just fat loss.

3. The paleo diet is not practical

The paleo diet does require some effort and preparation. That does not make it impractical. You just need to find ways to make it easier for you.

Cooking your food for a few days at a time, pre-packing them in containers for ease, etc. If you are truly dedicated, you will find a way.

4. The paleo diet is expensive

No, it’s not. You are encouraged to buy your meat and vegetables from farmers’ markets and other suppliers.

Usually, you may receive discounts and other special rates. Since you will be doing your own cooking, you’ll be spending less on food.

Furthermore, since you can’t consume junk food and processed food, you will not be spending on the usual comforts foods.

So, the paleo diet could actually be cheaper.

5. The paleo diet is not for women

There are many arguments for this stating that women need more carbohydrates, etc. In cases like this, it would be wise to adapt the diet.

For example, if the woman feels lethargic, she may consume more carbs in the form of vegetables. The paleo diet does not have to be rigid.

Mix and match and see what suits you.

These are just a few misconceptions. There are many more but pay them no heed. The best way to know about anything is to try it out for yourself.

Try out the paleo diet for 3 weeks or a month. If you start looking and feeling better, stay on. If not, you may go back to your previous way of eating.

Chances are high that once you go paleo, you’ll never go back.

5 Paleo Diet Tips You Must Know

The paleo diet has become one of the latest fitness ‘crazes’ around. Those who have adopted it swear by its effectiveness and extol its life changing benefits.

Others however, feel like it is better suited for feral cavemen.

So what is the paleo diet?

The paleo diet, also known as the caveman diet, is a nutritional plan similar to what our early ancestors who lived during the Paleolithic era followed.

Definitely. It is an extremely healthy diet and the health benefits are many.

This article will highlight 5 paleo diet tips you should be aware of to help you get the best out of this fantastic way of life.

1. Use spices effectively and wisely.

Since the paleo diet does not allow for sauces and other refined products, you will need to learn how to use spices effectively to season your food.

One of the major causes for people giving up the paleo diet is due to the fact that the food tastes bland.

This is true if you do not use spices to flavor your food. The East Indians are very good at using spices to prepare their dishes.

The food is aromatic, tasty and the spices have various medicinal properties too. So, learn how to flavor your food using spices.

Consume a wide variety of vegetables. It is common to just stick with one vegetable and go by a week eating only that.

Since most people who adopt the paleo diet buy their food in bulk, it’s so much easier to just dump four large broccolis in the cart and walk to checkout.

If you do that, you’ll be missing out the benefits that other veggies will bring you.

The best way to stay focused on your paleo diet will be to pre-cook your food in batches and keep them in the refrigerator.

It is advisable to cook for 3 or 4 days in advance. Preparing paleo meals is fast and easy. So, you can do this once or twice a week.

When your food is all prepared and ready, it is much easier to just take a pre-prepared meal to work. The idea of cooking daily is can be quite demoralizing.

Being unprepared or if you’re suddenly short on time will lead to difficult decisions and you may even have to eat food you’re not supposed to.

Do not keep junk food such as ice-cream, cakes, chocolates, etc. in your house. You will be tempted and that makes things much harder.

5. Learn To Make Paleo Smoothies and Other Treats

The paleo diet is not a boring one.

It is slightly restrictive but there are many recipes available online that will teach you how to make smoothies and even ice-cream to satisfy your sweet tooth.

Knowledge is power and with the knowledge, you will be able to make your paleo lifestyle fun, sustainable and rewarding in the long run.